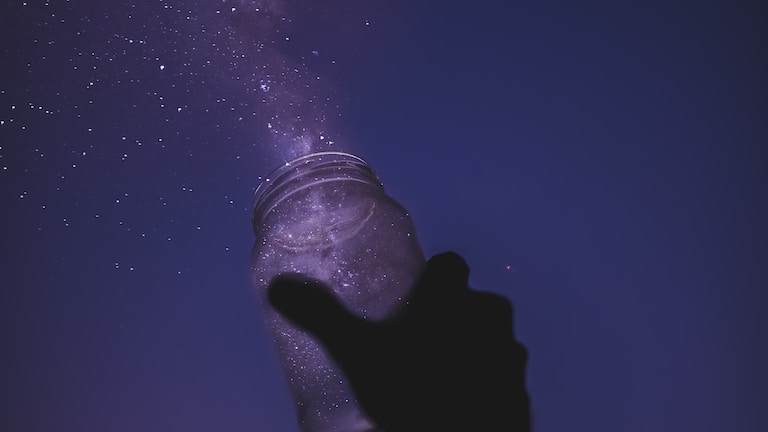 “When Hashem will return the captivity of Zion we will be like dreamers…” — Psalms 126:1

A dream is a dissociated and often grossly distorted mélange of images, totally alien to what one encounters in normal life. Since during sleep the imagination is unrestricted by any assumptions, rules or necessities, there is no rational framework of cause and effect, and the dream can assume dimensions which defy description.

Remarkably, from the dreamer’s point of view, the dream world appears entirely ordinary and very real. The surrealistic distortion that is so apparent on awakening, is entirely acceptable and natural within the context of the dream. The dreamer may be terrified by something that, on awakening, merely evokes a bewildered smile. He may cry brokenheartedly over something that, from the viewpoint of wakeful consciousness, is not in the least sad.

He regards inanities as momentous, whereas true flashes of creativity or genius may be ignored. His vision, feelings, priorities, and plans are all tailored to circumstances in the dream world in which he truly feels himself to be living.

Thus, an indispensable component of the dreamlike world of exile is the illusion of reality. People are entirely at home and comfortable with the lunacy that describes modern life.

It is regarded as normal, healthy and American for thousands of people to fight, push, and scream their way into a stadium in order to experience the elevation of spirit, the rapture of watching a man hit a ball with a stick.

News magazines discuss the artistic merits of a popular movie, the subject of which is cannibalism and sadism. This is normal entertainment for millions of people. No one sees anything unusual or upsetting in the fact that millions of people sit for hours on end in front of television sets, enjoying murder, rape, falsehood, absurdity, filth, and perversion.

During the day, a man labors mightily, dissipating his G-d given energy and talents in the pursuit of toys or a moment’s illusion of power. Vicious and violent racists condemn the victims of their racism as racist in victim-subsidized college programs.

Murderers are seen as victims of society, and are to be understood rather than punished. University presidents and politicians grovel before ignorant bigots in spasms of political rectitude. The list goes on.

REALIZING IT IS A DREAM

The dream metaphor is perplexing: If we are all products of the dream of Galut, how can we objectively assess our circumstances so as to be aware of the horrifying morass that we are in? How can we possibly expect a world that is blind to its own madness to yearn for redemption?

The answer is that the darkness of Galut is not absolute. There are those for whom the dense obscurity of Galut is only partial. They are like dreamers who know that they are dreaming and are thus able to stand somewhat aloof from the dream and perceive the truth.

Obviously only such people can properly appreciate the agonizing impact of Galut. It also follows that such individuals must be totally out of register with the rest of humanity. These unusual people are the Jews.

The Divine Jewish soul emanates from its source in Divine Will, penetrating the profuse concealments of Galut and illuminating the life of the Jew in this world. The strength of this influence varies, from prophets and holy individuals (tzaddikim) whose very perceptions are those of the divine soul, to ordinary Jews in whom the illumination is somewhat beclouded by the coarseness of the physical body and the delusions of worldly life. The Jews have thus always been a people apart, isolated, alien, regarded with suspicion, fear and loathing by a benighted, uncomprehending world.

For 2000 years the Jews have yearned for a redemption unfathomable to the nations of the world, and to that end, have pursued goals that are incomprehensible to the rest of humanity.

The periodic misguided efforts of many Jews to alleviate the anguish of Galut by accommodation and assimilation have made no more sense then it would for a psychiatrist to accept the perspectives and world views of his patients and assume their behavior patterns simply because they outnumber him.

Since Jews — in essence — transcend Galut, we are ultimately capable and therefore responsible for ushering in the redemption.

The Heart of Galut

The Benefits of Galut