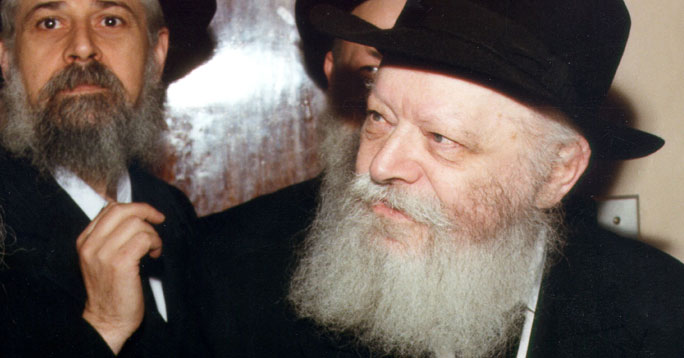 In 1991, four decades after the Lubavitcher Rebbe assumed leadership, and less than a year before he suffered a stroke that impaired his ability to communicate, he delivered an unscheduled address that left his listeners baffled. The homily was a disquieting summation of sorts, words of disappointment, rebuke and instruction, in ways reminiscent of Moses’ evocative farewell to his people.

Our desire to get to the finish line was insufficiently sincere, he said, our avowals of wanting the Moshiach, lip service to an abstraction. He spoke with deep frustration, disheartened after years of unfulfilled efforts to realize the promised redemption, and was now passing the torch along. He implored us—“each and every one of you” to do all we can do to make happen what, to his evident sorrow, had not happened in his lifetime.

In retrospect it seems odd that we should have been rattled by his affecting sermon. The Rebbe was approaching 90 at the time, and the labor of a lifetime—to see the “ingathering of exiles” and the coming of Moshiach—so vividly imminent, he believed, had at this late hour eluded him. For forty years he bore the burden, resuscitating a ravaged people after its near annihilation. And now, as he surveyed the state of our nation, he shared his pain. It was a raw, disturbing moment

Revisiting it on video so many years later, his plaint has a rare, trenchant pathos. But if back then we thought that by the lack of earnestness in our “wanting” he meant that we aren’t pronouncing loudly enough our impatience with the status quo, or that we aren’t praying fervently enough to reverse it, we know now—after twenty years during which so many have done that and more—that this could not be what he meant. What, then, was this shortcoming that the Rebbe perceived?

Historically, anticipation of an end to the galut intensified among our people in times of distress. As far back as our enslavement in Egypt, our tribulations evoked cries for the redemption. Not only on the national level, but among individual Jewish communities and families everywhere, calamity always precipitated petitions for the Moshiach. True, we know that with the redemption, “the blind will see and the deaf will hear”—Isaiah’s promise of an end to all misfortune. But an end to misfortune in messianic times does not make misfortune necessary to its arrival.

Many were the novel attitudes that the Rebbe brought to his leadership which set him apart from his predecessors and his contemporaries. Turning conventional thinking on its head, he revisited worn out notions that had expired all usefulness. The Rebbe balked at the idea of suffering as a path to spiritual fulfillment; where others counseled the embrace affliction as disguised kindness, he insisted that G-d grant us “revealed goodness.” He wished for us to enjoy G-d’s manifest blessings of good health, peace and prosperity.

Perhaps then, the Rebbe disagreed with our age-old default setting of “wanting” Moshiach in times of trouble. The dictionary defines “want” as to be without, to be destitute. At some point in our lives, most of us know what it is to be without when we want to be with. Whether “wanting” in this way resides in the heart or the mind, it demands no particular creative energy. Stimulated by a negative condition, it asks only to fill a void before the “want” is subdued. Such has long been the “wanting” for Moshiach, but it has not brought him any nearer, and the Rebbe, it seems clear now, was angling for a paradigmatic change in our eschatological perceptions.

The dictionary offers another definition for “want:” to desire, to wish for, an experience that even those of us—or perhaps especially those of us—not plagued by misfortune can have, if only we are bold and visionary. This kind of “wanting” requires an imaginative spirit, more creative and ambitious than the first definition. One may desire and wish for something not because they suffer some immediate void, but because they entertain a vision for something of an altogether different order.

Possibly this is what the Rebbe meant when he urged us to “open our eyes,” and to live as we would in a redemptive milieu. What might such a life be like? He may have hinted at an answer when, in 1972, he celebrated his 70th birthday and turned the discussion to the idea of “retirement.” Rejecting it in principle—for living idly was, he maintained, unacceptable at any age—he interpreted the verse from Job, “man was born to toil,” not as a curse or a statement of the human condition, but as an invitation to partner with G-d in His work of creation.

What greater motivation might there be for us to “want” Moshiach? It may be that instead of depending on adversity as the impetus for change, the Rebbe wanted us to look towards the redemption from a place of well-being. Enjoying conditions of relative peace and prosperity, our minds are free to foresee a future not only as an end to misery, but for the breathtaking possibilities it holds out of a categorically elevated experience, if we have the audacity for such inventiveness.

Here and there we have seen glimpses of divine achievements by people, particularly in the sciences, that are bringing healing and repair to humans in ways until recently considered impossible, in ways that simply transform our experience of reality. Always, this begins with the dream of a few individuals. Driven by their vision and convinced of its feasibility, they uncover great reserves of creative energy in their relentless pursuit of something extraordinary that they believe to be within their grasp.

Click here to read the rest of the article on Lubavitch.com

The Old Man on The Island

Coming In for a Landing

The difference between destructive and constructive sadness