The Business End of Exile 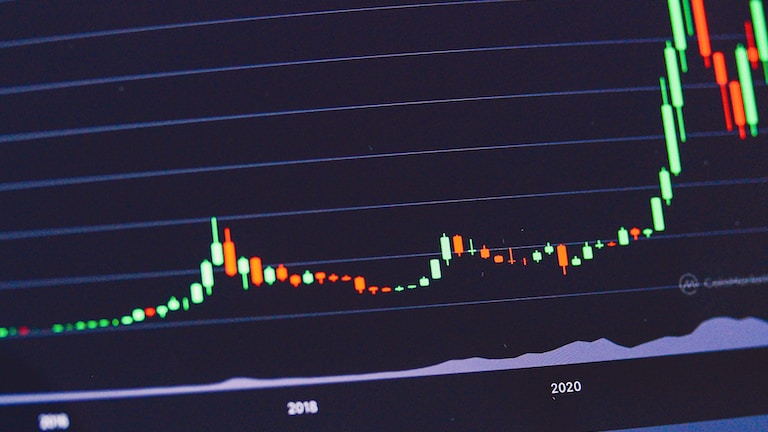 And the entire world came to Egypt to Joseph to buy food, for the famine was severe in all lands… And Joseph collected all the money that was to be found in the land of Egypt and the land of Canaan (and according to the Talmud — all the gold and silver in the world) for the food that they purchased; and Joseph brought the money to the house of Pharaoh.

We all know the story of Joseph: his sale into slavery, his imprisonment, his interpretation of Pharaoh’s dreams, and his appointment as viceroy of Egypt; his management of Egypt’s crops in the seven years of plenty; his control of the entire food supply in the region in the years of hunger that followed, so that the wealth of Egypt and the surrounding lands was concentrated in his hands; his brothers’ journey to Egypt to purchase grain, the accusations he leveled against them, and his detention of Simon and then Benjamin.

Then comes the climax: Joseph reveals his identity to his brothers. They are speechless with shock and remorse, but he calms them and urges them to hurry back to Canaan and bring their father to Egypt. Father and son have an emotional reunion after 22 years of separation. Jacob and his household – seventy souls in all – settle in Egypt.

The Torah also tells us why all this came to pass. Joseph tells his brothers: “It is not you who have sent me here, but G-d… Hurry and ascend to my father, and say to him: So said your son, Joseph: ‘G-d has set me lord over all Egypt; come down to me, do not delay. You will settle in the land of Goshen (—The province in Egypt allotted by Pharaoh to the Children of Israel) and be near to me – you, your children and your children’s children, and your sheep and cattle, and all your possessions.'” (Genesis 45:8-10)

In other words, all this was engineered by G-d in order that the Children of Israel should settle in Egypt.

Was there no other way to bring Jacob to Egypt? The Talmud explains: “Jacob might have had to be brought down to Egypt in chains, but he merited that [it should come about as described by the prophet:] ‘I shall draw them with human cords, with ropes of love…’ “

The Midrash offers the following parable:

“There was a cow that needed to be placed in a yoke that did not allow herself to be yoked. What did they do? They took her calf from her, and led it to the place that they wanted her to plow. The calf began to bleat. When the cow heard her calf bleating, she went, in spite of herself, for the sake of her calf. In the same way, G-d wanted to fulfill the decree [of the Egyptian galut], so He contrived all these things so that [Jacob and his family] should come down to Egypt.”

“G-d said: ‘My firstborn child I shall take down [to Egypt] in disgrace? … I shall lead his son before him, and he will follow, in spite of himself.'” (Midrash Rabbah)

This explains why Joseph was made ruler of Egypt – so that Jacob’s descent there should not be as an exile in chains, but as the father of the most powerful man in the land. But why did Joseph’s rise to power come about the way it did? Why the seven years of plenty, the years of hunger that followed, and the concentration of all the gold and silver in the world in Egypt – events that affected the lives of millions of people?

The Business End of Exile
In the writings of our sages, the word “Egypt” is a synonym for the very phenomenon of galut (exile). For although the Egyptian galut lasted only 210 years (our present galut, in contrast, is in its 1,932th year), it was the most significant of the four galuyot (exiles) experienced by the Jewish people.

[The other three galuyot are: the Babylonian Exile (423-353 b.c.e), the Greek Exile (318-138 bce) and the Roman Exile, which commenced with the destruction of the Holy Temple in Jerusalem by the Emperor Titus in 69 ce.]

Egypt was the “smelting pit” that forged the descendants of Jacob into a nation. It was the father and prototype of all subsequent exiles, containing the seeds of every Jewish experience under foreign rule.

One of the curious things about the Egyptian galut is the importance attached to the material wealth that the Jewish people carried out of Egypt.

In the covenant G-d made with Abraham, the Egyptian galut is described as follows: “Know thee that your children shall be strangers in a foreign land, [where] they will be enslaved and tortured … and afterwards they will go out with great wealth.”

The “great wealth” promised to Abraham is a recurrent theme in the account of the Exodus – to the extent that one gets the impression that this was THE purpose of Israel’s stay in Egypt. In G-d’s very first communication to Moses, when He revealed Himself to him in the burning bush and charged him with the mission of taking the Jewish people out of Egypt, He makes sure to include the promise that “when you go, you will not go empty-handed. Every woman shall ask from her neighbor, and from her that dwells in her house, vessels of gold and vessels of silver and garments … and you shall drain Egypt [of its wealth].” (Exodus 3:21-22)

During the plague of darkness, when the entire land of Egypt was plunged in a darkness so thick that the Egyptians could not budge from their places, the Jewish people – whom the plague did not affect – were able to move about freely inside the Egyptians’ homes; this was in order that they should be able to take an “inventory” of the wealth of Egypt, so that the Egyptians could not deny the existence of any valuable objects the Jews asked for when they left Egypt. (Midrash Rabbah)

Prior to the Exodus, G-d again says to Moses: “Please, speak into the ears of the people, that each man ask his [Egyptian] fellow, and each woman her fellow, for vessels of silver and gold.” G-d is literally begging the Children of Israel to take the wealth of Egypt!

The Talmud explains that the Jewish people were disinclined to hold up their exit from Egypt in order to gather its wealth. “To what is this comparable? To a man who is locked up in prison and is told: ‘Tomorrow you shall be freed from prison and given a lot of money.’ Says he: ‘I beg you, free me today, and I ask for nothing more.'” So G-d had to beseech them: “Please! Ask the Egyptians for gold and silver vessels, so that the Righteous One (Abraham) should not say: ‘They will be enslaved and tortured’ He fulfilled, but He did not fulfill ‘and afterwards they will go out with great wealth.'” But would not Abraham have also been prepared to forgo the promise of “great wealth” to hasten the redemption of his children?

The Glitter in the Gold

The Talmud states that “The people of Israel were exiled amongst the nations only so that converts may be added to them.”

On the most basic level, this is a reference to the many non-Jews who, in the course of the centuries of our dispersion, have come in contact with the Jewish people and have been inspired to convert to Judaism. But Chassidic teaching explains that the Talmud is also referring to “souls” of a different sort that are transformed and elevated in the course of our exiles: the “sparks of holiness” contained within the physical creation.

Every object, force and phenomenon in existence has a spark of G-dliness within it: a spark that embodies G-d’s desire that it exist and its function within His overall purpose for creation; a pinpoint of divinity that constitutes its “soul” – its spiritual content and design. When man utilizes something to serve his Creator, he penetrates its shell of mundanity, revealing and realizing its divine essence. It is to this end that we have been scattered across six continents: so that we may come in contact with the sparks of holiness that await redemption in every corner of the globe.

Every soul has its own “sparks,” which actually form an integral part of itself – no soul is complete until it has redeemed those sparks related to its being. Thus a person moves through life, impelled from place to place and from occupation to occupation by seemingly random forces; but everything is by divine providence, which guides every man to those possessions and opportunities whose essence is intimately connected with his.

(These consist of two general types, alluded to in the verse, “Every woman shall ask from her neighbor, and from her that dwells in her house, vessels of gold and vessels of silver.”

Every soul has permanent “dwellers in her house” – constant, routine involvements, dictated by its natural talents and inclinations. It also has “neighbors” or casual acquaintances – the “chance encounters” of life, in which it comes in fleeting contact with something, unintentionally, or even unwillingly. Both of these, however, must be exploited as a source of “gold” and “silver.”

The very fact that a certain resource or opportunity has presented itself to a person indicates that it constitutes part of his mission in life; that it is the purpose of his galut or subjugation to that particular corner of the material world. It is he, and he alone, who can redeem the spark it contains by utilizing it toward a G-dly end.)

Thus the Torah relates (Rashi, Genesis 32:25) how Jacob risked his life to retrieve some “small jugs” he had left behind after crossing the Yabbok River upon his return to the Holy Land. “The righteous,” remarks the Talmud (Chulin 91a), “value their possessions more than their bodies.” For they recognize the divine potential in every bit of matter, and see in each of their possessions a component of their own spiritual integrity.

The Egyptian galut was the father and prototype of all subsequent exiles. It was a highly concentrated period of history, in which the foundations were laid for all that was to unfold in subsequent centuries. The Kabbalists tell us that the material world contains 288 general “sparks” (each of which includes innumerable offshoots and particles); of these, 202 were taken out of Egypt, redeemed and elevated when the Jewish people carried off its wealth. (This means that the thirty-three centuries of Jewish history that followed, with all the trials and tribulations they contained, represent the effort to redeem the remaining 86 “sparks”!) It was to set the stage for this mass redemption that Joseph concentrated the wealth of all surrounding nations in Egypt.

The lesson in this to each and every one of us is that we must recognize our G-d-given opportunities and resources as integral to our mission in life.

One might be inclined to escape galut by enclosing himself in a cocoon of spirituality, devoting his days and nights to Torah study and prayer. But instead of escaping galut, he is only deepening his entrenchment within it, having abandoned his sparks of holiness – limbs of his own soul – in the wasteland of unrefined materiality. It is only by meeting the challenges that divine providence sends our way, by utilizing every bit of material “gold” and “silver” toward a G-dly end, that we extricate these sparks from their galut, achieve a personal redemption, and hasten the universal redemption when “the great shofar shall be sounded, and the lost shall come from the lands of plenty, and the forsaken from the lands of stricture*, and they shall bow to G-d on the Holy Mountain in Jerusalem.” (Isaiah 27:13)