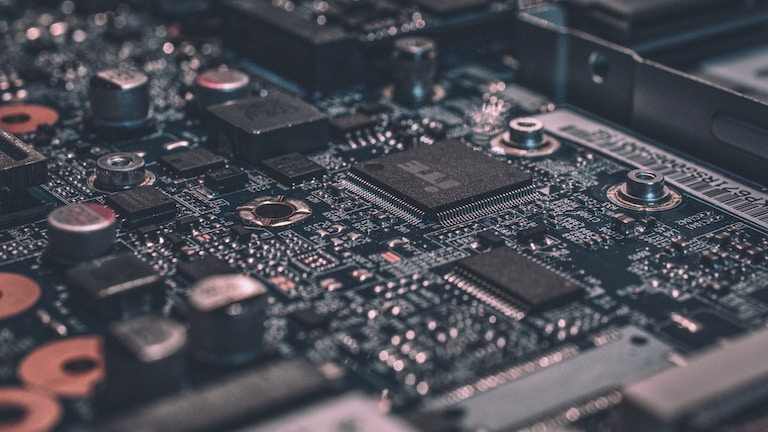 In the six hundredth year in the life of Noah… all wellsprings of the great deep burst open, and the windows of heaven were opened… —Genesis 7:11

The Zohar interprets this verse as a prediction that “in the sixth century of the sixth millennium, the gates of supernal wisdom will be opened, as will the springs of earthly wisdom, preparing the world to be elevated in the seventh millennium.”

Indeed, the 56th century from creation (1740-1840 in the secular calendar) was a time of great discovery and accelerated development, both in the supernal wisdom of Torah and in the earthly wisdom of secular science. This was the century in which the teachings of Chassidism were revealed and disseminated by Rabbi Israel Baal Shem Tov and his disciples. The inner soul of Torah, which until then had been the province of a select number of mystics in each generation, was made accessible to all, imparting a new depth to our understanding of the divine wisdom and infusing vitality and joy into our observance of the mitzvot.

As these supernal revelations poured forth from the windows of heaven, the earthly wellsprings answered in kind. The same century saw an unprecedented eruption of knowledge in all fields of secular science-in mathematics, physics, medicine, technology and the social sciences-revolutionizing all areas of human life.

According to the Zohar, this dual revolution came to prepare the world for the “seventh millennium”-the era of Moshiach, when the six “workday” millennia of history will culminate in an age “that is wholly Shabbat and tranquillity for life everlasting.”

The Shower Before the Flood

The redemption by Moshiach is many things. It is the gathering of the dispersed people of Israel to the Holy Land, the rebuilding of the Beit HaMikdash (Holy Temple) in Jerusalem and the re-establishment of the Temple service. It is mankind’s return to G-d and its recommitment to a life of goodness and holiness. It is the end of hunger, war, jealousy and greed; the removal of evil from the heart of man and suffering from G-d’s world. It is all of these things because of a basic transformation that our world will undergo: the human mind will comprehend the divine truth.

In its present state, the world conceals the face of G-d. True, the workings of nature bespeak the wisdom and majesty of the Creator, and the processes of history show the hand of divine providence in the affairs of man; yet these are but pinpoints of light penetrating the thick weave of nature’s veil. Far more pronounced is the physical world’s concealment of the divine truth with the regularity of its cycles, the apparent amorality of its laws and the brute immanence of its being. I am, it proclaims with every proton of its being; I am an existence unto myself, absolute and independent; whatever “higher truth” there might be to existence is just that-a “higher” truth, abstract and immaterial, and quite apart from the “real” world.

But in the age of Moshiach, “knowledge and wisdom will increase” to the point that “the world will be filled with the knowledge of G-d as the waters cover the sea.” The true essence of reality will be revealed; the physical world will be experienced as an expression, rather than an obfuscation, of the absolute, exclusive and all-pervading reality of G-d. And when the world will cease to be perceived as something apart from G-d, all other features of the messianic world will fall into place. Man will endeavor only to know G-d and obey His will; the strife and conflict-ridden existence we now know will be replaced with a perfect peace and harmony-harmony between the various drives and forces within the human soul, harmony between men and nations, and harmony between the Creator and His creation.

This explains how the supernal wisdom that emanated from the “windows of heaven” in the fifty-sixth century served to “prepare the world to be elevated in the seventh millennium.” The teachings of Chassidism offer a taste of this futuristic awareness and understanding. Employing the tools of human reason, Chassidism explains to the mind of man and implants in his heart the truth that “there is none else besides Him,” that “G-dliness is everything and everything is G-dliness”; it describes the origins, development and inner workings of the soul of man and the manner in which it finds realization and fulfillment through the knowledge of G-d and the actualization of His will; it expounds on man’s role in creation and how our deeds transform the very nature of reality, making it more receptive to G-dliness.

Today, our ability to truly comprehend and assimilate these truths is limited by the present state of the human mind and the world that colors its thinking. Yet the revelation of the inner soul of Torah was the drizzle that heralds the deluge, the trickle that marks the beginnings of the great flood that will “fill the world with the knowledge of G-d as the waters cover the sea.”

Complementing the downpour of divine wisdom from the windows of heaven was an upsurge of earthly knowledge, which the Zohar also considers a prologue to and preparation for the messianic era of knowledge.

On the most elementary level, the scientific revolution prepared the world for the coming of Moshiach by serving as a tool for the dissemination of Torah. Three hundred years ago, a teacher could communicate directly only with those who were within range of his voice; today, his words (and even his image) can be broadcast to billions of people in all parts of the globe. In these and numerous other ways, the scientific advances of the last three centuries have aided and enabled the spread of the divine wisdom on a scale that could not even be envisioned before the “wellsprings of the great deep” burst open in the sixth century of the sixth millennium.

Furthermore, the accelerated development of earthly wisdom has not only brought the knowledge of G-d farther, faster and to more people, it has also enhanced the quality of our understanding of our Creator. The scientific revolution has actually enabled us to better appreciate and relate to the divine reality.

For example: integral to our faith is the concept of “specific divine providence” (hashgachah peratit): that G-d observes our every act, word and thought and holds us accountable for them; that He is aware and concerned with every event in the universe, from the birth of a star in a distant galaxy to the turn of a leaf in the wind in a remote forest, and that they all figure in His master plan of creation and contribute to its realization.

In earlier generations, the concept of an all-seeing eye that simultaneously observes billions of actions thousands of miles apart from each other, and of a consciousness that is simultaneously aware of innumerable events and their effect upon each other, were beyond the realm of reason. One could believe it absolutely, for faith has the capacity to accept even the most illogical of truths; but one could not rationally relate to it and envision it with the mind’s eye. Today, when we can converse with ease with someone ten thousand miles away, when we can watch a spacecraft landing on Mars and use a chip of silicon to compute millions of data a second, it requires no great “leap of faith” to understand that He who imparted such potential in His creation certainly possesses it Himself, and in a far greater measure.

Modern science has done more than empower us to do things that were impossible or extremely difficult in earlier times. It has also transformed our very vision of reality, introducing certain concepts into the lexicon of our minds which, in earlier generations, had belonged exclusively to the realm of faith.

On To the Seventh Millennium

In both examples cited above, we have seen how the “earthly wisdom” of science serves the revelation of the supernal wisdom, whether as a tool that aids its dissemination or as a model that makes tangible and real what was previously abstract and surreal.

There is, however, a third and more essential way in which the eruption of the “wellsprings of the great deep” has prepared the world for the seventh millennium. A way in which the earthly wisdom is not only a facilitator of the supernal wisdom of Torah, but itself a revelation of G-dliness.

For science is discovering the face of G-d. For the past three hundred years, it has been dissecting the veil of nature to the point that the veil has been becoming more and more transparent, more revealing of the truths it both embodies and conceals.

To cite but one example of many:

In earlier generations, the study of the nature yielded a picture of a multifarious universe. The world was perceived as being comprised of dozens of elements and driven by a number of distinct forces. But the more science developed, the more it uncovered the unity behind the diversity. A hundred “elements” were revealed to be composed of a much smaller number of fundamental building blocks; diverse forces were shown to be but variant mutations of a single, elementary force. Even the differentiation between matter and energy was shown to be but an external distinction between two forms of the same essence. Indeed, science is rapidly approaching the point of being able to demonstrate that the entirety of existence is a singular ray emanating from a singular source.

Of course, the windows of heaven have already unleashed this truth-in the language of Torah thought and Kabbalistic metaphor. Complementing this revelation, the scientist is currently formulating this truth in mathematical equations and demonstrating it in state-of-the-art atom smashers.

From above and from below, our world has been primed for the Age of Knowledge.